Apply here for a gang slot. Please use The Streets for posting information about your gang or to recruit new members. READ THE STICKIES!

Forum rules
PLEASE DO NOT POST HERE UNLESS YOU ARE IN THE GANG THAT IS APPLYING.
Locked
7 posts • Page 1 of 1

Little Shanghai Boyz widely known as an offspring street crew of an infamous Shanghai Triad organization, originally implemented as a money making source for the Triads by selling narcotics and weaponry demanded by the streets of little Shanghai. The small time Chinese street gang Little Shanghai Boyz is a raw front line, low ranking recruitment system for the higher up Triad organization. The small time crew usually consists of Chinese and Chinese American members, rarely any other races are initiated or barely reach the affiliation process of the organization. The infamous street gang usually involve the activities of narcotics and arms trafficking, prostitution, money laundering, illegal gambling and if anything they're known for, it is murder and their ruthless nature.

Most members who become affiliated with Little Shanghai Boyz most likely become designated with tattoos. Each tattoo is usually earned when certain tasks, respect or trust is given to an individual. Each tattoo signifies each members importance to the crew, the more tattoos they earn the more respect they will gain.

No Tattoo/Rank 0 (Lookout): This is basically when affiliated outsiders get trusted and initiated into the crew as a trial member, if they prove worthy enough they will move onto becoming a street rat where they will be more trusted and respected.

Tattoo/Rank 1 (Street Rat): The most familiar kind of member found within the organization, noticeable by the first tattoo all members gain are two Chinese symbols that represent the individual's "Obedience" and "Respect" they have now obtained throughout the street crew. This tattoo is the most common and will be found on every official member initiated within Little Shanghai Boyz.

Tattoo/Rank 2 (Street Soldier): Street Soldiers mainly consist of trusted Street Rats that have advanced up into a more reliable position. They are nothing but the common soldiery of the crew, usually handle most of the dirty work. All Street Soldiers will be initiated with the intitials "LSB" somewhere on their body, the most common position is on the chest region or stomach.

Tattoo/Rank 3 (Street Captain): Street Captains are given detailed Chinese Sleeve tattoos to signify their importance to the crew. Yet they aren't anything big but they usually harness all the new bloods and corrupt their mentality.

Tattoo/Rank 4 (Vanguard): Vanguards keep the streets clean, specifically their territory under control, and set tasks for the younger generation to complete. Vanguards are highly respected members who will gain a Dragon or Demonic looking creature somewhere on their body, the tattoo is quite large and it is usually applied on the torso area.

Tattoo/Rank 5 (Triad): At this stage, members who get this far have either proved theirselves worthy, or given a lot of commitment towards the organization to the point where they have been given the chance to rise high as a respected "Triad".

Tattoo/Rank 7 (Dragon Head) Dragon Heads control the whole organization and all the operations, they basically sit back as the Triad Bosses represent themselves as their speakers and messengers.

possibly 1-2 more once I get their confirmation


Why?
I've lead several factions during my time on SZR, unfortunately not many of them were so successful that lasted a short period of time due to my lack of effort. I've lead a Triad faction before and it consisted a lot of role play while it lasted, I'm confident with such a theme like this and the role play standards will stay quite high with this one as I am feeling particularly dedicated. Also seeing SZR is now apparently a "roleplay" server, I guess this will sort of fit in.
shermhead stan
Top 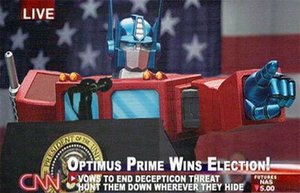 The leader was banned from the server for breaking the rules of the server.
Top

Jaua wrote:The leader was banned from the server for breaking the rules of the server.

Ari Papadopoulos wrote: DO NOT POST IN GANG APP THREADS UNLESS YOU'RE ON THE GANG THAT'S APPLYING OR YOU'RE A MODERATOR

You've been shitposting everywhere on the forums, quit it already.
all noobs
Top

Jaua wrote:The leader was banned from the server for breaking the rules of the server.

No I have not. I haven't played in weeks you moron so I can't have. I don't have time for video games right now, so this can be locked and archived.
shermhead stan
Top

I saw Raiden Nghai in banishland, but if you say so then fine
Top
Locked
7 posts • Page 1 of 1